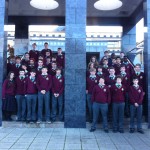 On Thursday 15th November, 3A1 and 3A2 visited the mosque in Clonskeagh. It was most informative and very enjoyable to learn about Islamic culture, beliefs, traditions.

Mr Selim was our guide and before we went into the mosque, he showed us some pictures in the hallway. Using the pictures, he spoke to us about the three Islamic holy shrines in Mecca, Medina and Jerusalem. Before he brought us into the mosque, we removed our shoes and Mr Selim asked us to stand in silence for ten seconds and think about the room we were about to enter. We sat in an orderly way on the floor of the mosque. Mr Selim explained the different features of the mosque including the way in which Muslims pray, the times of prayer, the five pillars and the Qu’ran.

After that we went to a conference room where Mr Selim showed us a video on the contribution made by Islamic scientists and inventors over the centuries. Then there was a question and answer session where students asked anything else they needed to know about Islam. 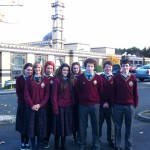 As well as being educational and enjoyable, the students were models of good behaviour. Well done to them all.

As part of the Junior Cert syllabus, a section on Major World Religions is studied. With this in mind, it is always a good idea to visit a building of religious significance for one world religion. Because of the success and value of last year’s trip to the Islamic Cultural Centre, the third years are off again to visit the mosque in Clonskeagh. 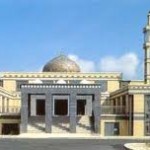 Some third years have chosen a journal title that requires them to analyse a building that has religious significance for members of a world religion. An ideal source of information for such a project would be this upcoming visit to the mosque – so let’s hope everyone has pen and paper to the ready.

Mr Selim will host the tour again, and he welcomes any questions from the students. 3A1 and 3A2 will be taking this trip on the 15th of November, so there is plenty of time to prepare. 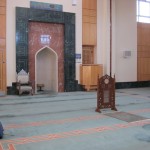 On Tuesday 29th November, all third years went on a trip to the Islamic Cultural Centre in Clonskeagh. We were greeted by our host, Mr Ali Selim shortly after one pm. He took us into the hall and showed us pictures of three Islamic holy shrines. After the introduction, we took off our shoes and were invited into the mosque itself. We sat around in a neat square and listened to Mr Selim as he explained the significance of different items in the mosque. He told us the meaning of the word ‘Islam’ and a little bit about the five pillars of Islam. We then heard the call to prayer as a man sang words from the Quran right in front of us. We had to leave shortly after two as people were coming in to pray.

It  was a great experience and will prove very valuable for the Junior Cert Religion project and exam. Take a look at this very short slide show showing a few photos of our trip to the mosque.

As part of the Junior Cert Religion Syllabus, all third years will be visiting the Islamic Cultural Centre of Ireland.

In addition to the foundations of Christianity, Christian Communities of Faith, the Expression of Faith and the Moral Challenge, the study of other Major World Religions is part of the course. Therefore, having studied Islam in second year, the Junior Certs will have a tour of the mosque in Clonskeagh and gain an insight into Islamic beliefs and practices.

3A1 and 3A2 are scheduled for this trip on Tuesday the 29th November – leaving school at about 12 noon and returning at about 4pm. We look forward to this visit as a step towards tolerance and respect between members of different faiths.