The Feast of the Epiphany is a celebration of the ‘revelation’ of God in human flesh. Today the Epiphany is celebrated on January 6th. In many European countries the Epiphany, rather than Christmas (Feast of the Nativity), is the day of gift-giving. This is in commemoration of the gifts of the Magi, taken from Matthew 2:1-12. The popular song beginning “We three kings of Orient are…” is well known but it spreads an unlikely interpretation of Matthew’s account of the Visit of the Magi. It is generally believed that the three “kings” were actually astrologers following an unusual star. Had these three men been kings, they were likely to have brought escorts rather than travelling alone. 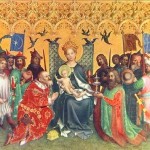 The story of the Visit of the Magi makes an important point about the role of the Messiah. Jesus is called “the newborn king of the Jews” by the magi who travel from the east. These men were not Jewish yet they paid homage to the King of the Jews. Matthew, who wrote to a Jewish audience, hoped to express the universal role of Christ in this story. These men were foreigners but they honored Jesus as their king. Herod, who is not an heir of King David and not the rightful King of the Jews, was threatened by this new king and attempted to kill him. This reveals another important theme of the Gospels: Jesus was not to become a political King of the Jews to dethrone Herod or even the emperor; he was to usher in a new kingdom that extended beyond political regimes.

The gifts of the magi (as described in Matthew) are also symbolic: