The most important celebration in the Christian year is Easter. The beginning of this season is marked by the Easter Vigil and the Lighting of the Paschal Candle. Paschal means ‘Passover’, indicating Jesus’ passing over from death to life. 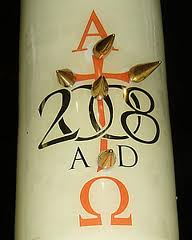 This candle represents the risen Jesus – the light of the world. During the Easter Vigil that takes place on Holy Saturday night, the candle is lit to represent the resurrection of Jesus Christ. There are many features to the candle and each one has a special meaning. In the centre of the candle is a cross representing the crucifixion. Jesus’ wounds made by the crown of thorns and nails used on his body are symbolised by the brass markers around the cross. You will see the first and last letters of the Greek alphabet, alpha and omega. This shows that God is the beginning and the end. The present year is also given, showing God’s presence in the here and now.

(Note to third years – this is important for Section E – the Celebration of Faith – Easter Vigil as ceremony/ritual, Easter as a time of religious significance, Paschal Candle as a religious symbol etc..)

The Simple Truth About Easter

The meaning of Easter is Jesus Christ’s victory over death. His resurrection symbolizes the eternal life that is granted to all who believe in Him. The meaning of Easter also symbolizes the complete verification of all that Jesus preached and taught during His three-year ministry. If He had not risen from the dead, if He had merely died and not been resurrected, He would have been considered just another teacher or Rabbi. However, His resurrection changed all that and gave final and irrefutable proof that He was really the Son of God and that He had conquered death once and for all.

Today, the meaning of Easter, for million of Christians, is that of honoring and recognizing Jesus Christ’s resurrection from the dead, and His glorious promises of eternal life for all who believe in Him. 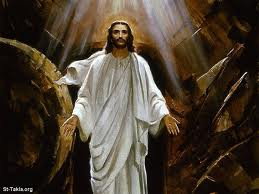 He is Risen – Alleluia!

Here’s a short prezi dealing with the divinity of Our Lord and Saviour:

Jesus is Lord on Prezi